Our first new car was a 1966 Volkswagen.

During our drive, just after buying it, we decided to turn on the heater. There was a knob you twisted to allow air into the cabin from a system using engine heat. Nobody told us that they put oil in system to keep it from rusting while being shipped across the ocean from Germany. Anyway, the car filled with smoke very quickly. We had to open the windows and drive for quite a distance before it burned away. It was fine after that. 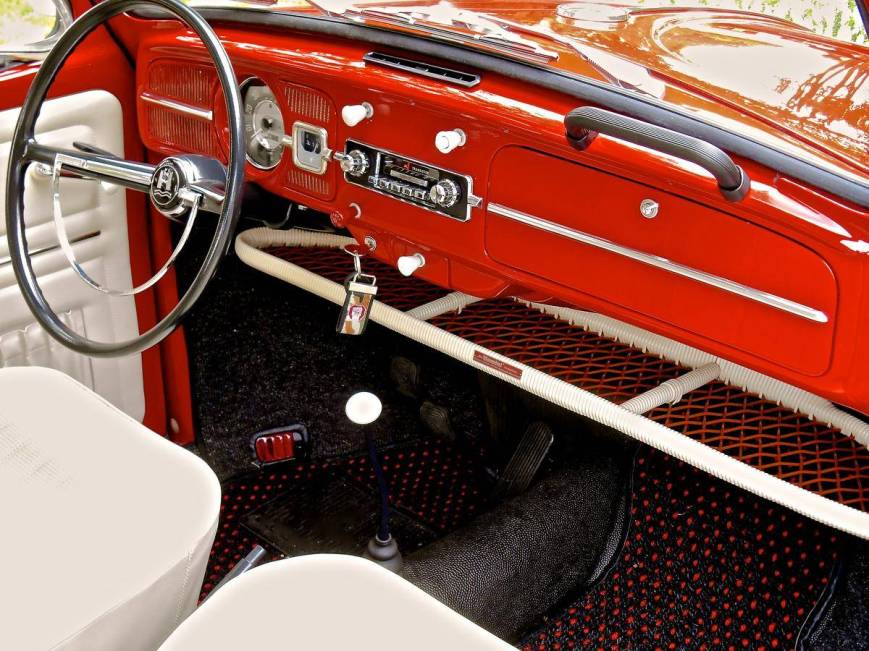 Notice how simple the dashboard is:

My, how cars have changed.

Other cars I have owned can be found here.